This is the time of year where you are supposed to feel thankful for all the things you have in your life, whether its family, friends, stability, purpose, faith, or maybe even physical things. But, honestly, this year has been hard to feel truly thankful, scientifically speaking. There's been a lot of distrust, a lot of fear-mongering, and a lot of really terrible journalism that has made people (primarily Americans) really hate any scientist (or doctor, or medical professional) that isn't Neil DeGrasse Tyson. But guess what: we aren't lying to you, and we are doing the best we can to figure things out thoroughly and efficiently. Funding is at an all time low, support for major research is very political, and there is a surplus of newly graduated PhDs that aren't being utilized. Science is simultaneously really hard and really amazing right now.

Now that I've said all that, we can focus on what's happening right now in science: the plague. 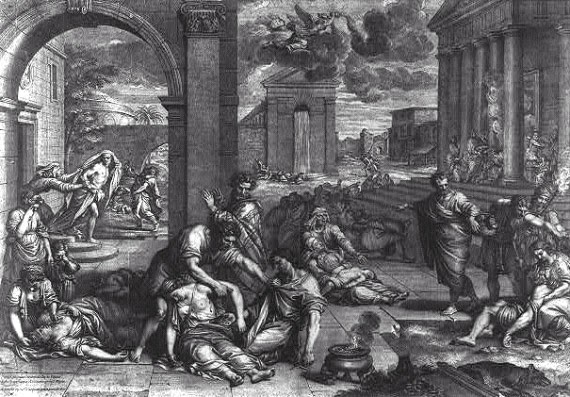 You may remember learning about the bubonic plague in middle school, when your history classes were covering the middle ages, and it was the perfect time to talk about disease in science class (because let's face it, the middle ages were gross). I'm guessing you learned about it and immediately let yourself forget about it because you figured "well, that's over and done with so I'm safe."

Surprise! Approximately 40 people have died from the plague in Madagascar this month, and there have been approximately 120 cases reported.

But, look, this isn't shocking. In 2012, I even wrote about how there was a confirmed plague case in a rodent in Los Angeles. But, it is shocking in the sense that we haven't seen anything near "outbreak" proportions since the middle ages (and you have public health to thank for a majority of that!).

Yersinia pestis, the bacteria that causes the plague, is most often (not really often, per say) seen in animals, and is rarely transmitted to humans anymore. The middle ages were different, though. Animals (and fleas!) lived in very close quarters with families. Since hygiene wasn't really a fad yet, diseases like the plague would spread incredibly rapidly. In some countries, 50% of the population was wiped out. 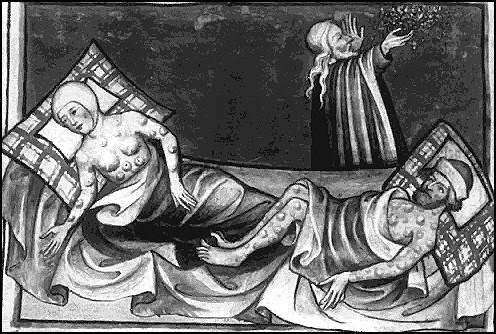 There are three different forms/presentations of the plague:
The bubonic plague can be treated with antibiotics, but pneumonic plague is incredibly deadly. In some incredibly severe cases, it can kill you after only 1 day of infection (not including the incubation period).
I am particularly nostalgic for the plague because it was the first real disease that caught my attention. Not only do I remember becoming completely infatuated with diseases, but I still have the report I wrote about the plague in 7th grade. Maybe if you really hope for it, I'll scan it and post it for you to laugh at. Tis the season for miracles, after all... right?

So, while you are sitting around, eating ridiculous amounts of food, try to be thankful for the advancements that have been made in science and health. If you have access to potable water and a waste treatment system, then you should be extra thankful. If you've had access to education, whether you've taken advantage of it or not (no judgement either way), then be overjoyed. Think of all the things that have changed since the middle ages, and be thankful.

I get emails from people asking for me to diagnose them based on images of maggots that they found on their skin, a peculiar rash they've had for years, or something they found in their poop. I have to say, I love these emails. If anyone is worried about the NSA spying on their email activity, it should probably be me, because my inbox is full of stuff that could be considered private medical information, and I am not an MD.

But sometimes I get legitimate questions, like this one that I featured on my blog forever ago (don't worry, I always ask if they mind if I post their questions). Recently, I got a really interesting and smart question from an anonymous reader. The email said:

If you don't remember what beta-thalassemia is, or why it might be "beneficial" (I say this loosely, as it's not necessarily a good thing to have), feel free to brush up by reading this old post about it and it's relationship with malaria.

To recap, thalassemia is a disease associated with globin gene mutations (both α- and β-globin genes can be mutated, yet α-globin mutations are most common). Since your α- or β-globin gene is recessively mutated if you have active Thalassemia, your red blood cells develop into malformed, or "sickled", cells, thus inhibiting their affinity to bind and transport oxygen (see image above for a great example). This lower affinity can cause extreme cases of anemia. In major cases, treatments such as chronic blood transfusion therapy, splenectomy, transplantation and iron supplementation are used. Thalassemia would make a great potential candidate for genome editing therapies that are still in the research stage (yes, I know that article is about hemophilia, but it's a good example).

So, why is this anonymous question a great one? Simply put, it doesn't really have an answer. There isn't any research being done to look into populations that aren't as affected by Ebola right now, as far as my searches have illustrated. This might be because most research that's being done is to either understand the physiology of the virus, to identify all possible vectors (yes, most evidence point to bats as the vector, but I'm still not convinced), or to come up with therapies/treatments and vaccines.

But the submitted question addresses an important point: thalassemia, specifically β-thalassemia is really prevalent in Nigeria (25% of the population are carriers for Sickle Cell Disease, while another 25% is hemizygous for the G6PD gene), and other parts of Africa. So, why isn't this being looked into? I can't answer that. I don't know. All I can say is maybe it isn't yet. I'm sure now that Ebola is in the spotlight, there will be a new emphasis on funding down the line for exploratory research.

In my fervent literature search to find an answer for the anonymous email, I did find that similar research has been done to look at the effects of thalassemia on hemorrhagic fevers (specifically Dengue Hemorrhagic Fever), mostly in Thailand and Southeast Asian countries. It turns out that patients with thalassemia don't necessarily have any higher risk, or even less of a risk (as seen with malaria), of getting hemorrhagic fevers, as my anonymous email inquiry asked. But, they do present differently, meaning their symptoms may seem different than infected people without thalassemia. Most normal (non-thalassemia) patients show signs of hemoconcentration (or an increase of solids in the blood), but patients with thalassemia present anemia (which is the opposite). This is the main symptom that presents differently, but its a really important one. Other symptoms also reference changes in AST and ALT levels, which illustrate the concentration of enzyme in the liver, heart and muscle cells, and can indicate liver function.

Hemoconcentration is really important during the diagnostic phase, and to track how the infection is progressing. So, if, instead, your patient is presenting with the exact opposite, it might lead to misdiagnosis. Also, if a patient with thalassemia, who is also infected with dengue hemorrhagic fever, is showing anemia, it needs to be watched. The three papers I linked to above talk about new suggested courses of action for patients with thalassemia, like frequent blood transfusions.

So, anonymous emailer, the answer is probably not. The biggest risk that thalassemia would give you is misrepresenting symptoms, which can lead to improper care. Yes, that can be really dangerous, especially with hemorrhagic fevers. But, luckily, if you have a high fever and other viral (standard) infection symptoms, your doctor will usually run other diagnostic tests (like an ELISA or PCR, etc.). That's why they always ask you questions about where you've been, what you've been in contact with, and other patient history questions.

This is definitely research that should be done, even if it starts with a retroactive epidemiology study.

Thanks for your question!

If any of you have other questions, feel free to email me at microscopic.blog@gmail.com!

Posted by underthemicroscope at 6:10 PM 2 comments: