That Which Bends Up

Just before leaving for my trip to Costa Rica, I purchased a some Ultrathon insect repellent and an insect repellent bracelet. This trip was going to be my first time traveling in Central America, and I had heard that the mosquitoes were "no joke". This was also my first international trip with a group, and I had to give myself time to adjust to the fact that I would have no control over our itinerary at all (which is a big deal, because I enjoy planning everything about my trips).

I'm usually not a major target for mosquitoes here in the states. I honestly cannot remember ever really getting a mosquito bite in the past, but if you are a regular reader, you'll remember that I've had my fair share of ticks and other things. I'm sure it wont surprise you to hear that I did my research before going, and made sure I was aware of any infectious disease-related hazards. Giant spiders and venomous snakes don't really worry me, but I did my research for everything else. There's a giant list of illnesses that are prevalent in Central America, but you can research those on your own. The only real possibility of exposure was Dengue fever. I've traveled to areas that have had outbreaks of Dengue fever before, without any insect repellent, so I was already doing a better job of being prepared.

I was traveling with a group of field biologists, and I learned right away that most field biologists have absolutely no time or motivation to worry about infectious diseases. Yes, they were all prepared with their massive spray bottles of OFF! and some with their insect repellent shirts and hats. But, I've never seen so many people willingly jump after poisonous frogs, handle venomous snakes, catch bats, and handle potentially dangerous insects without a bit of hesitance. Most of it was traumatic for me (I'm more of a "let's be as unobtrusive as possible and observe from afar" type of biologist), but seeing their childlike excitement was kind of inspiring.


We brought microscopes with us and stayed at the Texas A&M Soltis Research Center during a majority of our trip. The microscopes we were able to pack weren't anything fancy, just two Leica dissecting scopes and three Primostars for fluorescence work. Here are some of the images I took (the primostars didn't have cameras, so these are all taken through the oculars with my iphone): 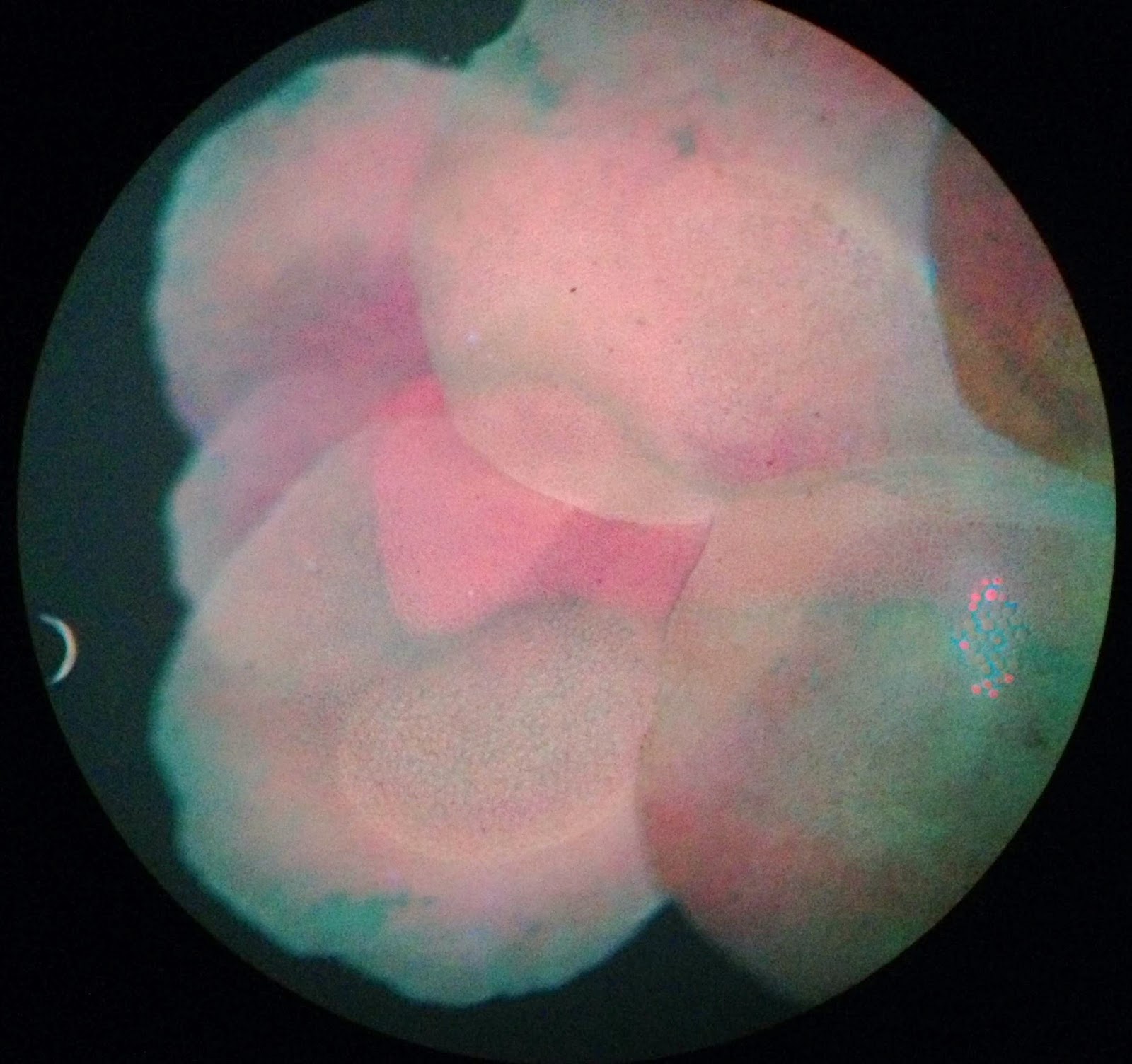 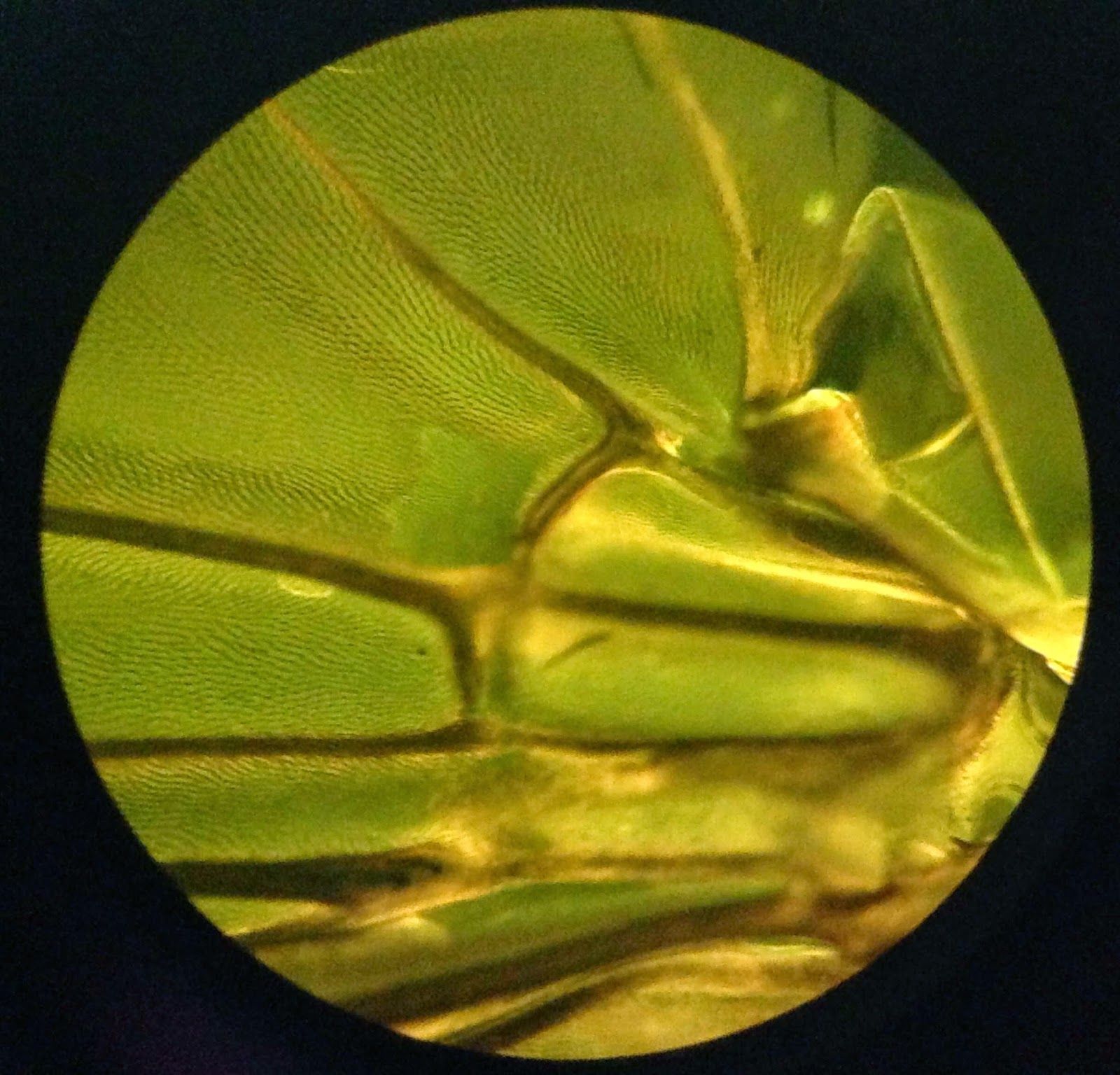 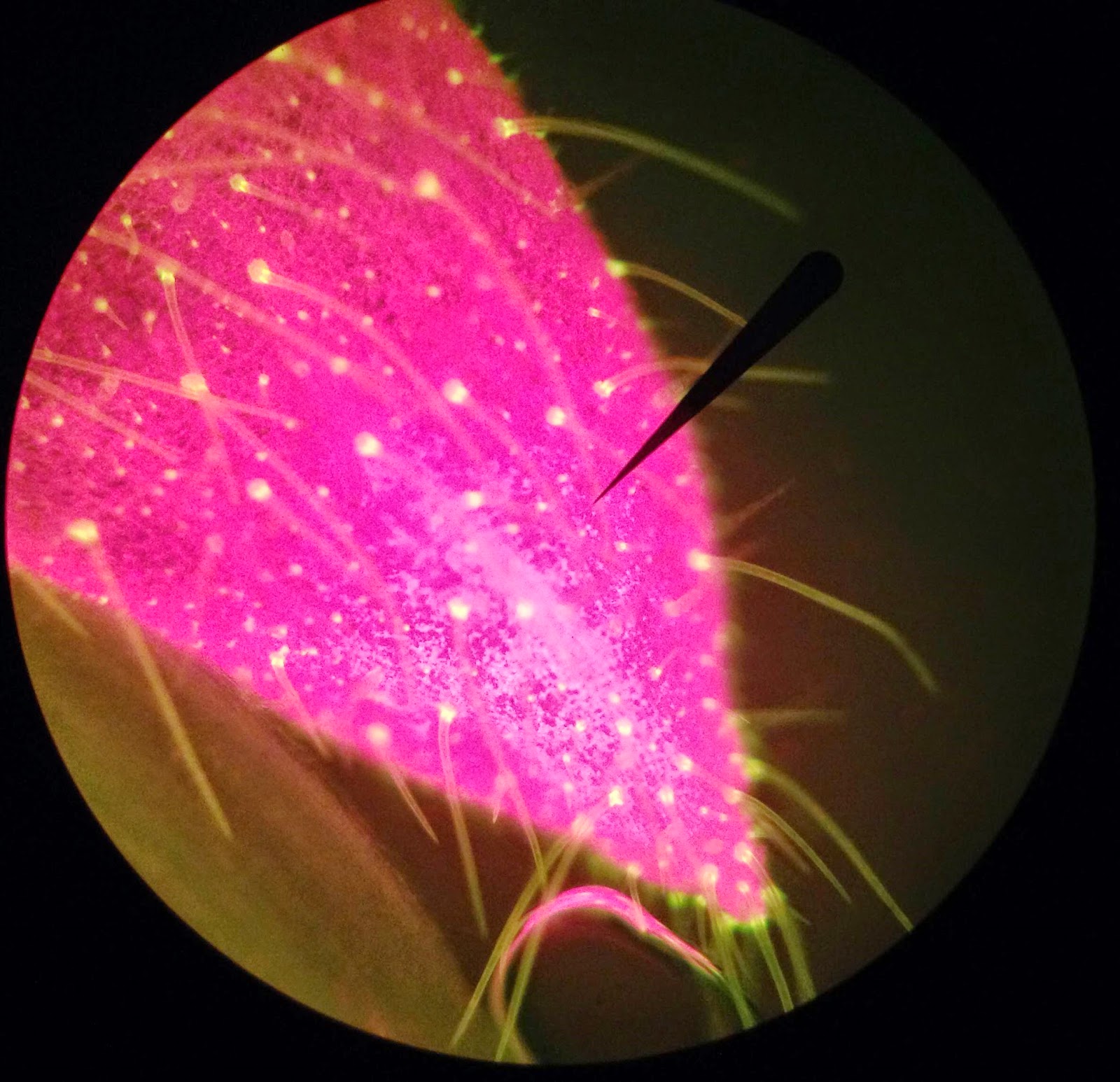 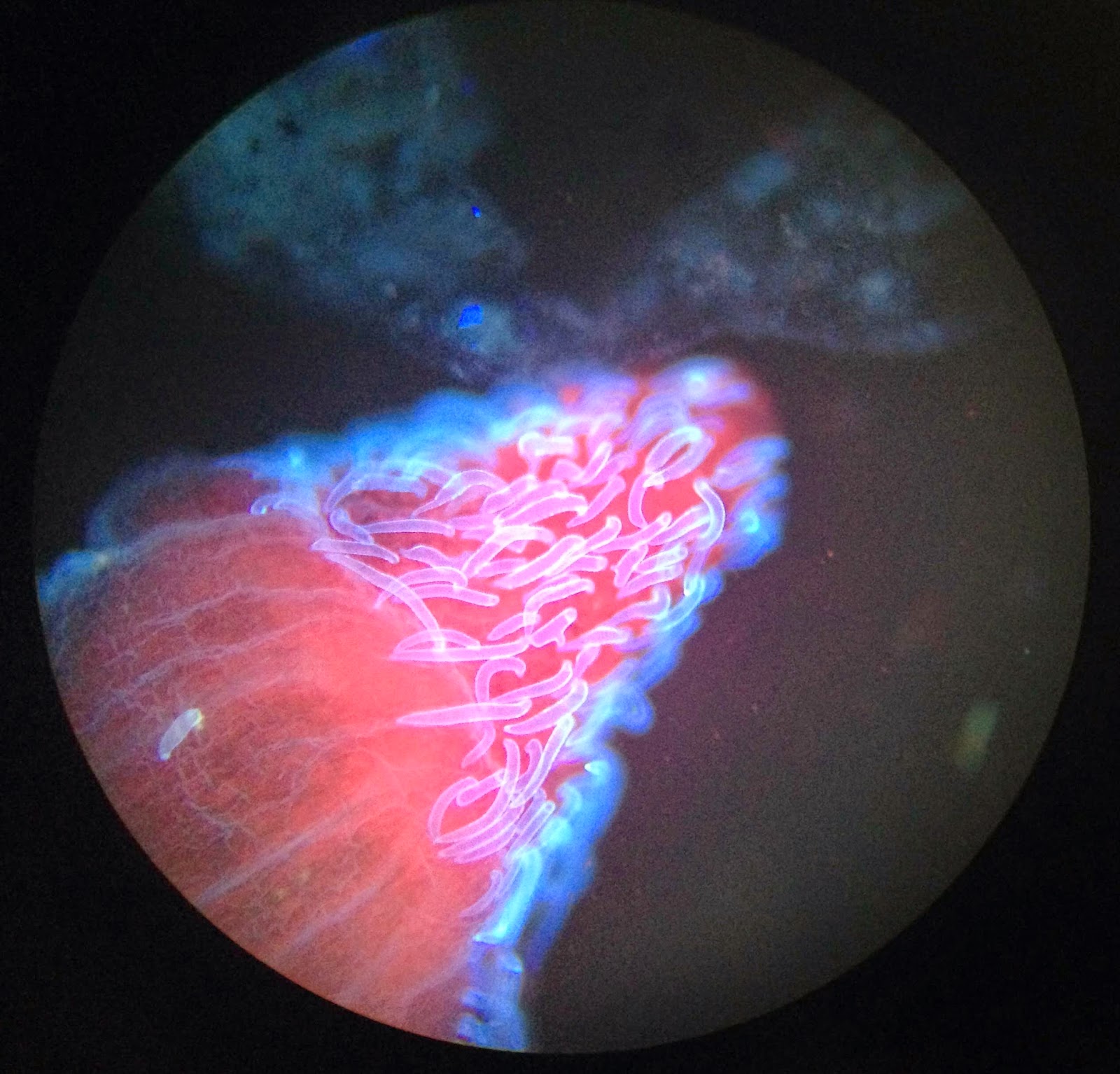 Anyway, the point of this blog post was not to showcase my vacation photos, but to talk about what I experienced afterward. Upon returning to work the very next day (mistaaaaake!), some interested colleagues asked if I had "brought anything back" from my trip. They weren't asking if I bought coffee or chocolate, but if I had contracted any diseases while gallivanting through the rainforest. Sure, I might have made some jokes about wanting to get myself a pet botfly larvae, but I wasn't serious. I mentioned that there was a chance I could be in an environment with mosquitoes carrying Dengue fever, and one of my colleagues said, "but there's a new one, right? It's like Dengue, but not?"

That, my friends, is Chikungunya. Chikungunya, which means "that which bends up", has been an issue since the 1950s, but reached epidemic proportions in 2004. Since 2004, Chikungunya has spread rapidly in Africa, Asia, the Indian subcontinent, Europe and the Americas. Recent spread of Chikungunya through the Caribbean islands has caused isolated incidents to show up in North America, thanks mainly to tourism.

Chikungunya is a mosquito-borne RNA virus that shares initial symptoms with Dengue fever, which often results in misdiagnosis. Most regions affected by Chikungunya don't have clinics or labs with the capability to test for both Chikungunya and Dengue fever.

While Chikungunya doesn't have a high mortality rate, the symptoms can be excruciating. Much like Dengue fever, fever, muscle pain, headache, nausea, and fatigue are common, but joint pain and rashes are the distinguishing symptoms. Dengue has been called "bone breaking" fever for the muscle and bone pain associated with infection, but Chikungunya, or "that which bends up" was named for the contorted posture associated with the debilitating joint pain.

The emergence of the Chikungunya epidemic and the warnings against Dengue fever at the World Cup bring up an interesting question: in the age of synthetic biology, should we try to wipe out mosquitoes once and for all? We've been down this road with malaria and using insecticides to reduce mosquito populations, and...well, malaria is still a problem. But, if you are interested in what's being done to control mosquito populations in specific areas, I highly suggest you listen to the Kill 'Em All episode of Radiolab.

By the way, the CDC has a map tracking cases and local transmission of Chikungunya that is updated as reports of cases come in.

Check back soon for my next blog post on a disease that causes self-cannibalism!
Posted by underthemicroscope at 5:54 PM No comments: