Common scientific myths that are regularly exploited by mass media

I'm a gmail user, and I have my iGoogle news widget set to show me all the "health" related news (if you've seen this setting, then you understand why I use parentheses with the word health). There is always at least one laughable article each day. While this is funny, it's also really scary.

I mean, around the time of the listeria outbreak in cantaloupe, there were 1,600 articles a day that clearly stated "OMG DON'T EVER EAT CANTALOUPE EVER AGAIN!" Was that necessarily helpful? Is that considered informed reporting? Not everyone wants to read scientific articles for accurate information. I mean, I don't even want to read them (that was a lie). Scientific writing is different. It's blunt and bland, lacking any decoration. But, it's also very important.

So, on Friday, I sat down at my desk at work and opened up my browser to see a particular article that lit a fire under my butt faster than a bunsen burner attached to a leaky gas valve (insert fart joke here). Everything about it was wrong, and it scared me! So, I decided to round up a few myths about recently popular science topics.

Myth #1: Just about everything you've ever heard about HIV or AIDS from mainstream media.
If you know anything about me, you'll know that this is my biggest pet peeve (well, that and chewing with your mouth open, but I digress). Since the beginning of the HIV/AIDS epidemic in the 1980s, mainstream media has disregarded scientific progress and facts when reporting on the matter. We've heard everything from "AIDS is a gay disease" to "the government created HIV to scare the American public into submission", and every idiot thing you can think of to fit in between. My favorite is "HIV isn't real".

The article that actually inspired this blog entry ['HIV was invented as the cause of AIDS to get research money' claims radio host] can pretty much be summed up in this video. Need I comment on this?

Last year, news of a research breakthrough exploded all over the world. "Finally! Scientists have cured a man of AIDS!" It was everywhere, but it's not exactly...oh, what's the word I'm searching for...reasonable? Yeah, that's it! Bone marrow transplants are difficult and expensive. You must have a very specifically matched donor to avoid any complications (ie- rejections or immune responses to the foreign matter).

The concept behind the bone marrow transplant was based on the delta32 mutation. Discovered in 2005, the delta32 mutation allows a fraction of the population of Europe to show signs of immunity towards HIV-1 infection, but not all types of HIV-1 infection. Viral tropism allows for different strains, or variants, of the virus to use different co-receptors that are naturally expressed on the host's cells, primarily T-cells. CCR5 and CXCR4 are the two co-receptors that are primarily used for access to the host cell. These co-receptors are also used to elicit a cell-mediated immune response. Due to viral tropism, different strains utilize different co-receptors for viral entry into the host cell. That is, HIV-1 strains that use CXCR4 don't necessarily need CCR5 co-receptors for entry. Therefore, individuals who have the delta32 mutation are not 100% immune. 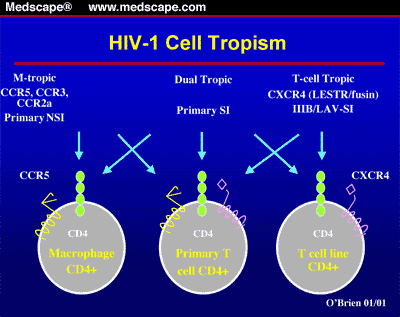 People are all too quick to jump on the opportunity to say "We've done it! We've cured AIDS!" We saw this in the dawn of medicinal cocktails, and we'll see it again. But, the magnitude of this disease is so great, that the types of breakthroughs we are making right now are not satisfactory enough. We cannot feasibly give every HIV-positive person a bone marrow transplant, but we can turn to the micro-science behind the theory of why this works. We can't look at HIV medication, because they are expensive, extensive and not available to everyone, but we can look at making more affordable and readily available drugs. It's one thing to be blanketly hopeful; it's another to be realistic.

Myth #2: Food poisoning is limited to meat products.
This is an easy one. The probability of getting a food-borne illness does increased when livestock involved (POOP, EVERYWHERE!), but also has to do with the fact that most people don't effectively cook their meat. Let's face it, there is poop covering everything on this planet, whether it's from humans, animals, or insects. That is why we have immune systems.

This is something I hear a lot from people, because I'm vegan. "Have you read Fast Food Nation? Did it scare you into your dietary choices?" Just stop it. It's not about any book or any food-borne pathogen. We've gotten to the point to where our food is so mass-produced and unproportionally regulated that we are bound to run into problems, no matter what we choose to put in our mouths.

Interestingly enough, wikipedia has a very extensive list of food-borne illnesses, listed chronologically by year. Some of the deadliest, actually have been in cantaloupe, peanuts, spinach, bean sprouts, green onions and apple juice. By all means, take this into account, but don't let it scare you away from the ever important "green group" on the food pyramid (or plate, or whatever you want to go by).  Take actions into your own hands, and look at where you are getting your food from, and how you are preparing it. I've already written about the horrors of food (and feel free to refresh your memory!), and I'll probably do it again.

Myth #3: Immunizations will give your child autism.
Oh, Jenny McCarthy, you gorgeous idiot. I thought this issue was left behind with the early 2000's, but apparently I was wrong.

According to facebook, everyone I know is pregnant right now, and everyone is posting about issues like "is breastfeeding wrong?" or "does Baby Einstein really work?" Sure, whatever. I'm all for people trying to decide what is best for their child, and using whatever resources are available to them to do so. But, one of my friends started posting videos (this one in particular) about the horrors of vaccines, and stated that she was trying to decide what to do for her newborn (while logically consulting youtube). 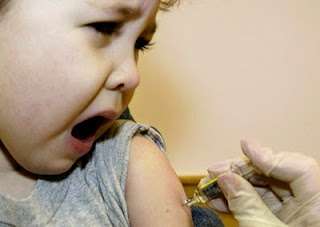 Instead, why don't you start with the CDC's take on Vaccines and Autism. A scientific review by the Institute of Medicine (IOM) concluded that "the evidence favors rejection of a causal relationship between thimerosal-containing vaccines an autism." The CDC supports the IOM conclusion. Also, here is an article from 2007, titled Vaccines and Autism, by Dr. Brown, that talks about immunizations from a medical perspective. Both the medical and scientific communities reject Jenny McCarthy's claims that vaccines cause autism.

Nevermind that the first vaccination demonstration in 1798 would lead to the eradication of smallpox in 1980. Or more recently, nevermind the fact that polio has almost been eradicated in India due to vaccinations. Oh, I get it, you're worried about what vaccines will put in your child's body, but you'll feed them McDonalds. That makes sense.

I understand they hysteria of wanting to do what's best for your child, but I will never understand taking medical advice from a model (oh wait...she was "Playmate of the Year" in the 90's, so that's like getting a doctorate, right?), or from youtube.

There are plenty of other myths out there that I'd be happy to discuss. Just send me an email with your requests.

Also, my belated apology for not writing more frequently. I've been working very hard lately to get two grants, and things are starting to pay off (literally and figuratively!).

Posted by underthemicroscope at 12:46 PM No comments: