Tis the season for Parasitic Infections!

Ah, the holiday season. It seems that this time of year has become synonymous with meat-laden tables. Meat buffets. Meat, meat and more meat. Each culture seems to have their meat of choice for holiday celebrations, too. Some people won't celebrate Thanksgiving unless there is a 5800 lb turkey in the middle of the table. For some, it's ham, lamb or even fish.

Meat is also one of the most expensive food items you can buy, so for some families, the holidays are a time to splurge. Sure, it's reasonable to get the biggest cut of lamb you've ever seen to feed your family of 6. For this post, let's focus on the up-and-coming Thanksgiving turkey.

Nearly 50 million turkeys are raised and slaughtered for Thanksgiving every year in the United States. Think about the magnitude of such an endeavor. 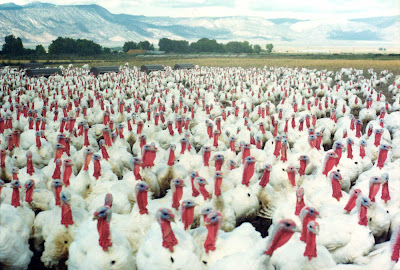 Depending on the size, socioeconomic status and number of workers employed, the average turkey farm can house 7,000 turkeys at once. It takes a ridiculous amount of farms to produce enough turkeys for slaughter in time for Thanksgiving!
Why am I telling you this? I know, this sounds like advocacy for animals (I could write for daaaaays about animal cruelty, trust me), but this is strictly a science blog, so I'm telling you this as a back story. Statistical purposes.
Once again, think of the magnitude of such an operation. Now, here is the important part: try to imagine the odds for contamination in such a magnitude. Who's to say you didn't buy the turkey carcass that was accidentally dropped on the kill-room floor, and quickly swooped up before anyone else would notice? Who's to say the person plucking the feathers out of your turkey had a hole in their glove and didn't wash their hands thoroughly enough before coming to work or after using the restroom? Who's to say accuracy isn't as accurate as efficiency to the slaughterhouse that your turkey is coming from? Who's to say that every bird has been checked for health? Is the farm your turkey is from relying on mass quantities of antibiotics and treatments to keep them safe? 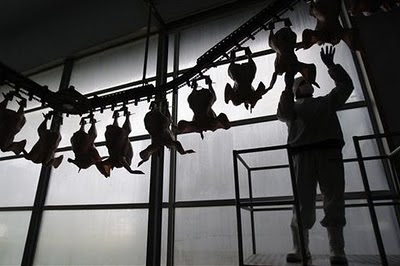 When you finally get your bird home, how sure are you about the quality? What quality? No, I'm not talking about the tenderness of the flesh or the overall freshness. No, I'm not talking about the growth hormone-induced size of the thighs, wings and breast.
We've all heard about Escherichia coli and other fun bacterial contamination agents that rampantly infect our food, but let's talk about some other of the fun things that could be living on, and in, your prized dinner selection:
Poultry:
Poultry are susceptible to many parasitic infections, internally and externally.
External parasites, such as lice and mites, spread quickly in impacted battery farms, yet most of them are removed during the plucking and washing processes of slaughter. External parasites are more of an issue if you are raising, slaughtering and preparing your own birds in-house.

Internal Parasites:
Ascarids (Large Intestinal Roundworms)
One of the most common parasitic roundworms of poultry, Ascaridia galli, occurs in chickens and turkeys. Adult worms are about one and a half to three inches long and can be seen easily with the naked eye. Heavily infected birds may show droopiness, emaciation and diarrhea. Yet, when you have thousands of birds to take care of...would you notice one droopy bird? I wonder, how easy would it be to identify a bird with diarrhea in a factory farm setting?

Chickens of three to four months of age show resistance to infection. Specimens of this parasite are found occasionally in eggs. The worm apparently wanders from the intestine up the oviduct and is included in the egg contents as the egg in being formed.

The parasitic females lay thick heavy-shelled eggs in the intestine that pass in the feces. Embryonated eggs are very hardy and under laboratory conditions may live for two years. Under ordinary conditions, however, few probably live more than one year. Disinfectants and other cleaning agents do not kill eggs under farm conditions. Birds become infected by eating eggs that have reached the infective stage. The parasite can be controlled by strict sanitation.

I don't know about you, but the words "strict sanitation" always make me think of poultry farms.


Ascaridia can infect other species of animals as well, including humans. Affectionately called "giant intestinal roundworms", A. lumbricoides is the most common infection of roundworm in humans. The intestinal phase causes malnourishment, intestinal blockage, verminous intoxication. It will also move around in the body in response to chemotherapy or fever. A worm with climate sensitivity, how posh! 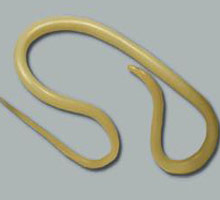 They can also live in your lungs, which I would imagine would be... fun. In the lung it causes hemorrhage, inflammation, bacterial infection and allergy in areas with seasonal transmission. I can only imagine having seasonal transmission being a common thing in your area. "Hey boss, I can't come into work today because I've got that pesky lungworm thing that's going around now. I'm sure I'll feel better tomorrow."

I feel like this photo should be submitted to awkwardfamilyphotos.com.

Heterakis gallinae (Cecal Worms)
Heterakis gallinae is found in the ceca of chickens, turkeys and other birds. This parasite apparently does not seriously affect the health of the bird. At least no marked symptoms or pathology can be blamed on its presence. Its main importance is that it has been incriminated as a vector of Histomonas meleagridis, the agent that causes blackhead. This protozoan parasite apparently is carried in the cecal worm egg and is transmitted from bird to bird through this egg. The eggs of the parasite are very resistant to environmental conditions and will remain viable for long periods.


Capillaria (Capillary or Thread Worms)
There are several species of Capillaria that occur in poultry. Capillaria annulata and Capillaria contorta occur in the crop and esophagus. These may cause thickening and inflammation of the mucosa.

Capillaria obsignata is the most prevalent in the lower intestinal tract. The life cycle of this parasite is direct: The adult worms may be embedded in the lining of the intestine. The eggs are laid and passed in the droppings. The eggs are infective to any other poultry that may eat them. The parasites frequently produce severe inflammation and sometimes cause hemorrhage. Brutal erosion of the intestinal lining may result in death. If present in large numbers, these parasites are usually easy to find at necropsy.

Capillaria are pretty easy to spread to humans, especially in the farm environment. Once again, sanitation is the key factor...

Tapeworms
Tapeworms or cestodes are flattened, ribbon-shaped worms composed of numerous segments or division.  The head or anterior end is much smaller than the rest of the body to assist with anchoring. 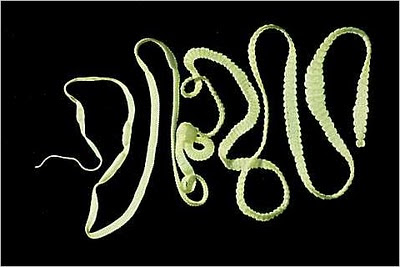 Tapeworms can definitely infect humans. Some people live for years without knowing that they have a giant worm housed in their intestines, whereas others have an allergic reaction within about a week. Most infections are specific to mammals or poultry. It is more common to get a tapeworm infection from consuming or working around cows, sheep, pigs or dogs than it is from poultry, but a lot of family farms contain multiple types of animals in one small area. Think about it. 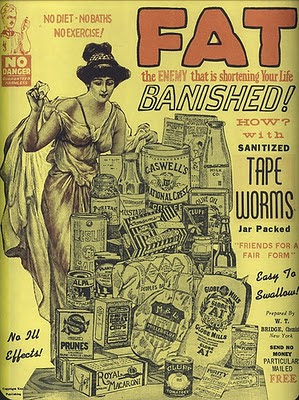 Yes, this is obviously a good idea.
For mammalian-infecting tapeworms, the scolex (or "head") of the worm is adorned with a series of hooks and suckers to effectively anchor itself into the intestinal wall. Poultry tapeworms work in a similar fashion, but have a different scolex shape and pattern.

Syngamus trachea (Gapeworms)
The gapeworm is a round red worm that attach to the trachea (windpipe) of birds and causes the disease referred to as "gapes". The term describes the open-mouth breathing characteristic of gapeworm-infected birds. Heavily infected birds usually emit a grunting sound because of the difficulty in breathing and many die from suffocation. The life cycle of the gapeworm is similar to that of the cecal worm. Gapeworms infect chickens, turkeys, guinea fowl, pheasants, chukar partridge, and other birds.

So, let's recap:
If you're an avid reader of Under the Microscope, you know its not typically my M.O. to throw a disease or health problem in your face without presenting a solution. Here are some ways you can effectively avoid zoonotic transmission of infection:
Some of my favorite recipes have come from vegetarian and vegan blogs. A few of my favorites are:

Try something new, healthy (and cruelty free) this year! 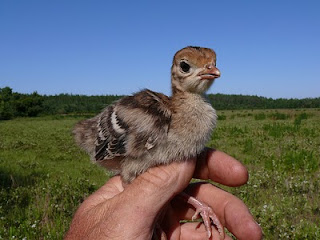 Posted by underthemicroscope at 12:38 PM 8 comments: