I've received some rather interesting emails lately, now that the blog is starting to circulate a bit more (how that's happening, I'm not really sure!)

Before I tell you about the best email I've received yet, I'd like to briefly mention that I've won a "featured blog" award for a rather random site and received a rather awesome Follow Friday shout out on twitter from Nikon Small World Photography Competition. Weee!

This morning, however, I realized I had been neglecting my microscopic.blog@gmail.com account. Waiting for me, patiently, was an email from reader Denna from the UK. She writes:

Ok, I know I should let this go. Forget about it. But I can't; I am totally grossed out by what was in my sink this morning (attached).
I assume it's some kinda tapeworm? But where the fricking hell did it come from? I keep a very clean kitchen. In fact there are those who think I'm obsessive compulsive about keeping the kitchen clean. I am a rigorous vegetarian and an almost vegan (no milk no cheese) and have been for twenty years. The only meat that ever enters my flat is in cat food tins, and I only buy one brand...

Denna details her morning about eating coffee and toast, and later going back for some oatmeal. As someone who can eat oatmeal for days on end, I like this girl already! Additionally, she's a borderline vegan who knows that its cruel to force house cats to acclimate to a vegetarian diet, as their species requires meat for survival. +100 points for Denna! She continues...

I placed the oatmeal pan in the sink to fill it with water and that's when I saw the tapeworm. There was water in the metal lipped dish from when I rinsed the cat food tin. I was gobsmacked. And I felt seriously sick imagining where it came from. The only place I can figure is the cat food tin. It was a newly opened tin - I popped the ring pull this morning - could a tapeworm survive in an anaerobic tin of food? I guess it could since they live inside animals. Ugh!! But wouldn't factory processing kill it? I kept the little bastard on my windowsill all day in the dish just to convince myself it was indeed a parasite. It must be - it didn't drown it just kept swimming round like some freaking miniature Loch Ness monster. There was a tiny bit of cat food in the dish and it knotted its lower half around the food while its head snorkelled around. Christ, honestly it was worse than imagining what was in that Maryland forest in the Blair Witch Project. Totally totally repellant.

A few years ago, I camped in that same forest in Maryland where the Blair Witch Project was filmed -- no joke. It was very beautiful, and I'm sad to report that there were no witches, or tapeworms, to be found.


Finally around 5pm I picked the dish up and hurled the contents against the garden wall. The little bastard is probably out there now negotiating his way back into the kitchen. Or worse, he's waiting for one of my cats to go out there so he can crawl up their backside and introduce himself and his billion offspring into my flat.

Wrong type of worm, Denna. Tapeworms don't usually enter the anus... That would be characteristic of a pinworm, which exits its host's anus each evening to lay eggs on the perianal tissue (skin between the anus and genitals). But either way, its a fun image, right?! This is definitely not a pinworm...so what is it!?

So you're the expert - can you tell me what this is and how it might have got in my sink?! BTW, it was about 3 1/4 inches long. And red. And horrible, disgusting and gross. And I am never eating out of that yellow dish again. Seriously.

Dena said the magic words: "You're the expert". Heart a'flutter! I'm sure she wont like it when I mock her fear of eating off of the yellow dish by posting this video of Bear Grylls eating a giant larvae (beware, not for the weak-stomached or the faint-hearted).
That man will put anything in his mouth, and drinks his own urine like its gatorade.
So why don't we play a little game? I've already responded to Denna Dearest, but I'm going to post the photos, and YOU see if you can identify who Denna's special friend is.
The first person to get it right will get a super awesome & artsy/science-y prize! 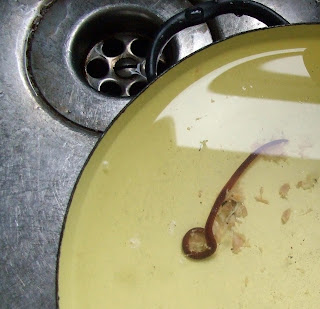 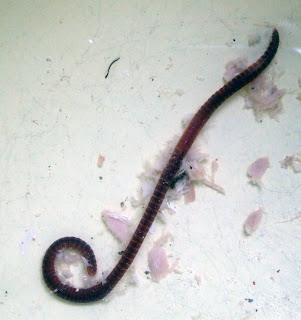 Email your guesses to microscopic.blog@gmail.com and I'll announce the winner in my next entry!
Posted by underthemicroscope at 12:14 PM 1 comment:

Email ThisBlogThis!Share to TwitterShare to FacebookShare to Pinterest
Labels: contest, featured, tapeworm, UK, what is it?, worms

A New Year for you, and for Science

Happy New Year to all my dedicated readers, albeit the few and far between!

New Year's is always a time that I take to reflect on the past year, and search for room for improvement for the next year. A closing of one door, and a window of opportunity for the up and coming. Sure, this sounds wonderfully personal, but it can be applied to anything. I'm sure you can guess that I do take a moment (or many!) to reflect on the scientific advances for the past year. There have been some amazing discoveries that, by reflecting on them, can give us hope for the future.

2010 was a hefty year for health, science and infectious disease, but most of these achievements aren't taken with the weight that they should, because there is still so much to be done.

NASA discovers microorganisms that survive on arsenic:
NASA can discover a form of life that exists on arsenic, and while most people think "that's cool" or "ok, so? I don't survive on arsenic so how does this involve me?" they are failing to realize that this is challenging the theories that we've trusted since the early developments in cell biology. How does that affect medical based sciences, you ask? 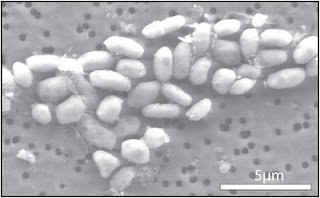 Aside from the fact that everything we know to exist is based on our knowledge of cell biology and atomic structures, so are most of the things that infect us, harm us and battle our immune systems. Now, no, don't jump to conclusions and say "OMG, I'm being infected with cell-forms that survive on arsenic?!" No, but this is important to take into consideration when we ask how things work. Challenging what we already know is science's way of progressing. Since the beginning of cell biology discoveries, the main players for life structure and function have been carbon, hydrogen, nitrogen, oxygen, phosphorus and sulfur. Now that we know about NASA's self-regulating arsenic-dependent microorganism exists, we can look into what it's doing, why it does what it does, and how it affects other life forms (ie- us).

So, way to go, NASA. I'm also going to give myself a pat on the back for that one, because it was discovered in California, and I am a scientist that lives in California, so you do the math*. 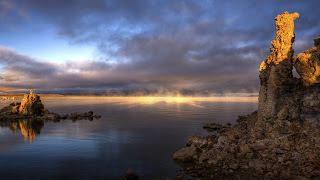 JCVI creates the first synthetic bacterium to independently self-replicate
This story is amazing. The J. Craig Venter Institute (JCVI) for genomic research created a synthetic bacteria cell that had the ability to self replicate. They created the bacteria genome with computer functions and then created the physical sequence in a lab, using a recipient cell to allow for replication.

"This will undoubtedly lead to the development of many important applications and products including biofuels, vaccines, pharmaceuticals, clean water and food products."
High five, JCVI, you took the first leap in solving the world's problems.

No, seriously, this is huge.


Landmark Discoveries within HIV/AIDS research
On World AIDS Day (December 1st), the National Institute for Allergy and Infectious Diseases (NIAID) published a roundup of all the tantamount discoveries and progressions made in HIV-1 research in 2010. Some of them involve prophylactic care to "at risk" groups, such as Men who have Sex with Men (commonly abbreviated MSM in HIV-1 research documents) and Women.

For example, a daily dose of iPrEx, an oral antiretroviral drug, was shown to reduce HIV-1 infection by 44% in MSM target populations. This is a large and significant increase in preventative drug results from the 34% reported and published in 2009.

Also in prevention, South African Research with CAPRISA reported results of a 39% decrease in HIV-1 infections when women engaging in sexual activity used the Tenofovir vaginal gel, which contains a 1% concentration of the Tenofovir drug. Unfortunately, in order to continue production and clinical trials of the vaginal gel, CAPRISA needs $100 million for the next 3 years of studies. Only $58 million have been raised.

Additionally, NIAID scientists have discovered two new antibody (Ab) structures that have shown resistance and successful blockage of up to 90% of human HIV-1 infection. Bioinformatics and visual structures were used to map the protein's successful mechanisms. HIV-1 budding from a host cell.

Additional Discoveries
I'm sure you realize that scientific discoveries are published every day. In 2010, the U.S. National Library of Medicine and National Institutes of Health posted over 877,000 new articles and publications on pubmed.gov, a well known database for scientific publications. These publications range to new approaches to blocking malaria transmission to new genomic sequences discovered; Vaccine trial results to epidemiological analysis of target populations.

Its amazing what scientists do every day and most people have no idea. You only hear about the huge breakthroughs, but every little bit counts and contributes towards the bigger picture.

As for the New Year, I'm going to try my hardest to update more regularly, but I've set some pretty lofty goals for myself for 2011, so I hoe you'll understand if I do slip up occasionally. Hopefully, this year, I'll be one of those 877,000 papers, and I'm also working on a chapter for a textbook. We'll see how it all pans out.


Here's to a scientific 2011, one hopefully filled with many entries on Under the Microscope!


*Note: I had nothing to do with the discovery of this microorganism. Tricked you!
Posted by underthemicroscope at 11:37 AM No comments: